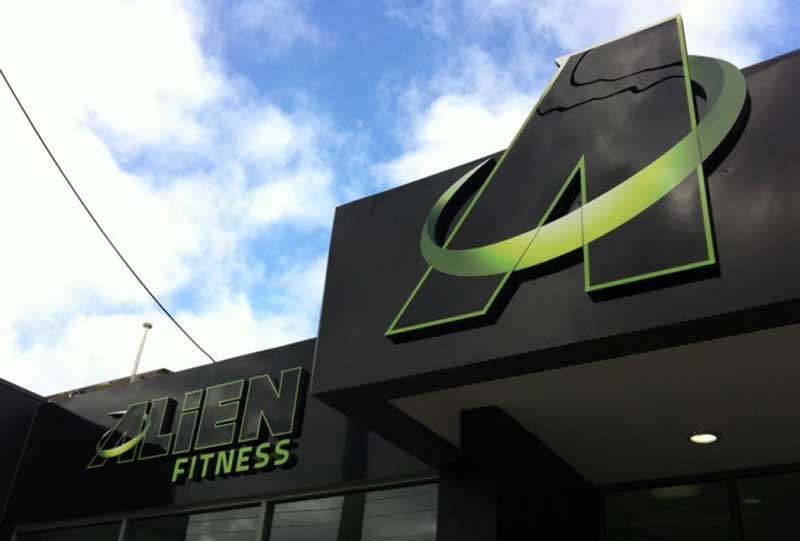 Alien Fitness is an exclusive 24/7 Fitness Gym located on the Mornington Peninsula in Victoria. Originally operating as a standalone boot camp on the Dromana foreshore, Alien Fitness opened the doors to its first fully equipped facility at Rosebud in 2012.

In the years since, Alien Fitness has grown extensively and is renowned for its positive influence on the local community and for being “one of the most talked about and innovative fitness clubs on the Peninsula”.

Offering 24/7 gym access, internationally acclaimed Les Mills™ Group Training classes, as well as 1-on-1 and Small Group Personal Training, Alien Fitness endeavours to deliver out of this world results all year round!

Making his start in the sporting industry at the age of 18, John is an Australian former professional footballer who played as midfielder.

At the age of 18, Leanne attended the National School Of Sport with James Watt College in Scotland, where she studied full-time in Sports Coaching & Development.

After many years as a keen and regular participant of various Les Mills™ classes.

Kate started her Alien Fitness journey in 2012 as a hopeful member ready to change her life.

Tash has been a Group Training instructor on the Mornington Peninsula for over 15 year,

As a fitness professional with over 10 years of experience in teaching Group Training classes, Kylie is very passionate about promoting health and wellbeing in general.

Emma has been an Alien Fitness member since 2012. She quickly followed in the footsteps of so many members before her and was so inspired by Alien Fitness.

Making his start in the sporting industry at the age of 18, John is an Australian former professional footballer who played as midfielder. Playing overseas for various clubs, including Atalanta, Westerlo, Helmond Sport, Marconi Stallions, Greenock Morton, Ayr United and Stranraer, he also represented Australia in the 1995 FIFA U-17 World Championship and the 1999 FIFA U-20 World Youth Championship.

After retiring from football, John spent the subsequent years working as a personal trainer in Scotland before returning to Australia with Leanne in 2011 where they identified the Mornington Peninsula as the ideal location to set up their home, family and to launch their business venture in the form of Alien Fitness.

John is proud of his achievements and his revival within the industry, going from the heights of professional football to restarting at the bottom of his career as a casual employee for a fitness company to now fast becoming one of the most reputable and rising leaders within the fitness industry today.

At the age of 18, Leanne attended the National School Of Sport with James Watt College in Scotland, where she studied full-time in Sports Coaching & Development for three years. While studying full-time, Leanne worked for The Scottish Football Association and Inverclyde Council, before traveling the East Coast of America while coaching soccer for a three month period.

Following her return, Leanne focused on her career and quickly worked her way up the corporate ladder in the leisure industry. By age 21, Leanne was part of the team that opened the largest local authority gym in Scotland, which she then managed for several years before moving into the private sector as Member Services Manager for Fitness First. After a short spell there, she was eventually headhunted and returned to local authority to open Birkmyre Park, a fitness gym in the prestigious area of Kilmacolm, Scotland. Leanne then gained further promotion in the Senior Management Team as Area Facilities Manager, overseeing three sports centres, two swimming pools and community facilities.

With over 18 years in the industry and with qualifications that include Level 3 & 4 of Personal Training, HND Sports Coaching & Development and certifications in Zumba™ and Les Mills™, Leanne brings a wealth of knowledge and experience to Alien Fitness. It has been her passion from an early age, and in 2011 Leanne, alongside her husband John, fulfilled her desire to open a fitness gym of her own with the launch of Alien Fitness.

After many years as a keen and regular participant of various Les Mills™ classes, Rachael decided to complete her training as a certified BodyPump® and BodyAttack® instructor.

Rachael loves being able to share the environment of a Group Training class with her participants and enjoys helping them get the most out of their workouts.

In addition to instructing BodyPump® at Alien Fitness, Rachael also enjoys participating in other Les Mills™ programs and running.

Kate started her Alien Fitness journey in 2012 as a hopeful member ready to change her life. Since then, Kate has achieved so much at Alien Fitness and it has certainly changed her life in many ways!

During this time and by attending various classes as a member at Alien Fitness, Kate discovered that the qualities attributed to Mind, Body & Balance and Yoga benefited the body, mind and spirit. As a result of this, Kate quickly developed a deep passion for the program and sought to advance her skills in this area further. As an instructor, she loves the calm, grounding and increased flexibility and strengthening effects that this program has on its participants.

Kate strongly believes that classes such as Mind, Body & Balance really compliment all Group Training classes available at Alien Fitness because everybody needs a balanced mind, body and soul.

Tash has been a Group Training instructor on the Mornington Peninsula for over 15 years. With a Certificate 4 in Personal Training and extensive experience at a range of fitness centres over the years, Tash credits the many inspirational trainers who have shaped her into the driven and avid fitness instructor she is today.

Tash is very passionate about Group Training classes and loves watching others experience the positive effects that it can provide.

As a fitness professional with over 10 years of experience in teaching Group Training classes, Kylie is very passionate about promoting health and wellbeing in general, as well as the many benefits of Group Training. She also loves helping others with their own fitness journey.

With extensive training in Metafit™ and Les Mills™ programs, including BodyAttack, BodyJam, BodyPump, as well as previously teaching Spin and Aerobics classes, Kylie believes that you can never stop learning about fitness. As a past competitor in natural fitness modeling and body building competitions, she loves using her knowledge and experience in the field to help clients achieve their own fitness goals.

Kylie loves being part of the Alien Fitness family and believes that the philosophy of community, wellbeing and fitness are well represented within the clubs.

Emma has been an Alien Fitness member since 2012. She quickly followed in the footsteps of so many members before her and was so inspired by Alien Fitness’ classes that she decided to take a leap of faith, transitioning from participant to trainer! Emma undertook training as a Les Mills™ BodyCombat® instructor in 2015 and hasn’t looked back since!

Recently qualified with a Certificate 3 & 4 in Fitness, Emma is very passionate about health and fitness and as a professional she firmly believes in changing lives through education, motivation and inspiration!

Emma’s ‘fitspo’ quote is: “Push the limits and be the best version of yourself!”